A few days ago Nixon Grace asked me
if rainbows were really real?
She didn’t believe they
were because she said
she had never seen one and I could
not show her one on command.
I told her the story about the 1st rainbow
and God’s promise. 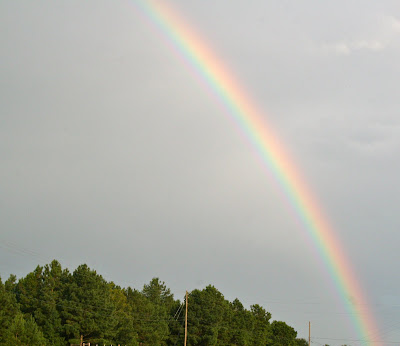 Today on our way to Lake Martin
it started raining as
the sun was shining.

But to my delight I saw a big rainbow appear!

Jared was so sweet to pull over so the
kids could see their 1st rainbow!

Nixon exclaimed,
“This is the best day EVER!
Rainbows are really real!” 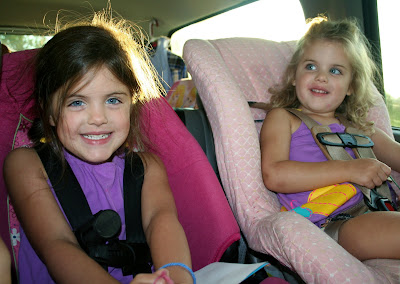 I’m happy Nixon had her best day
ever and now believes in rainbows!