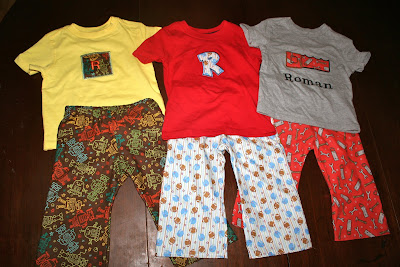 Jessica and I are
horrible at buying up blank t-shirts
to applique or monogram and never using them.
So as I was oganizing my
sewing room/office/guest bedroom?
And I came across several
24m t-shirts I know Roman
will outgrow before the end of the year.
So I decided to have a Sewing Sunday!
I went to get my patterns and realized they
are all in Dallas with my sister so I
found this great FREE pattern
on Pinterest for boy pants!
It’s way better than the pattern I own.
It has a much straighter leg and the back is
higher than the front perfect for
covering his diaper.
It also fits Isla perfect!
Nixon and Isla were my
little helpers most
of the afternoon!
Don’t worry! Nixon is not
cutting her finger.
She was showing me that
her scissors were not very sharp! 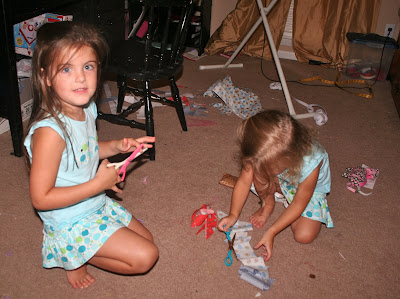 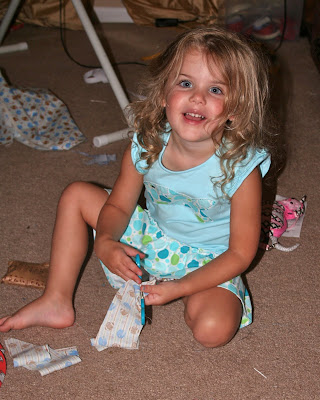 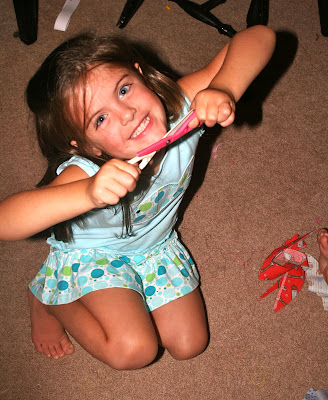 Pants I made for Roman! 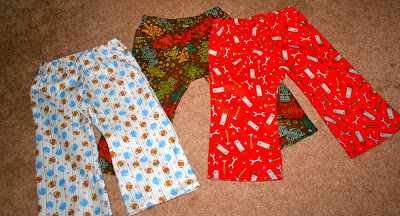 I wanted Roman to model
his new Fall outfits for me but
he was not very cooperative! 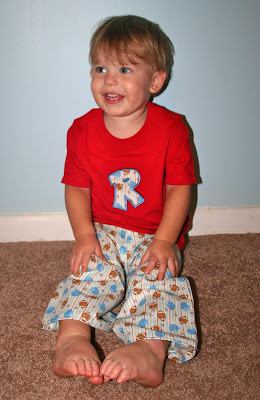 He did not want to stand! 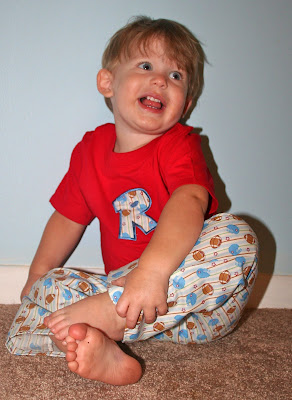 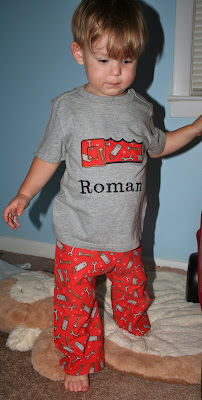 Isla keeps asking me if I am going to
make her some Robot pants…..I am
trying to figure out how
to make her some
and make them look girly? 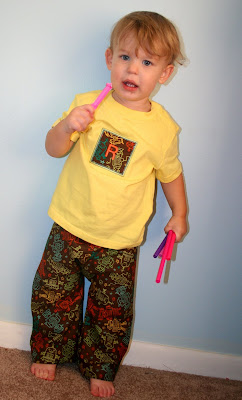 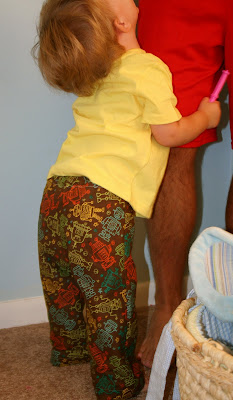 A new Project Runway started this past week and
Nixon was glued to the TV. She asked
“They are “sewers” like you mommy?”
I replied and told her no they are much better
than me, they make really pretty clothes.
It was so cute she got very upset and said “NO!
Your the best mommy “sewer” ever!
Nobody is as good as you.
Don’t say they are better!”
It’s nice to I have a big fan
even though my hemlines are not straight! 🙂
I am certainly no seamstress but I
think Roman’s new fall outfits
turned out pretty cute!