Lottie arrived on a Tuesday
and even though we
were given the option to
leave a day early we
decided to stay the entire 48 hours
in the hospital so we could rest.
It was a great decision because
we haven’t taken a break since.
We brought Lottie home from
the hospital around lunch time
and we had to be at the church by 6 for
the girl’s preschool Christmas program.
Thankfully, Mrs. Sue was there to watch Lottie
and Roman while Jared and I went to the program.
It was Isla’s 1st stage appearance so
missing it wasn’t an option! 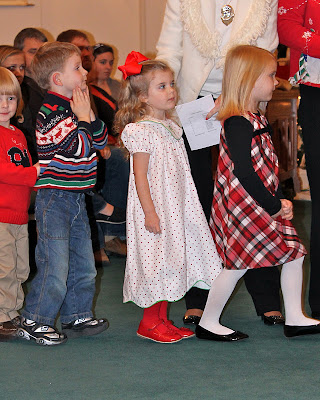 She sang her heart out! 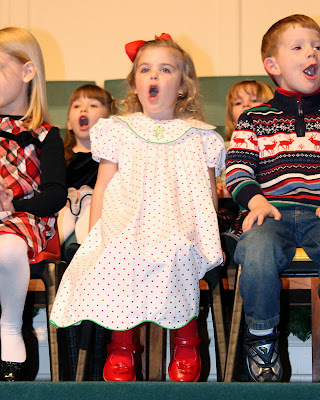 And she did great on her speaking
part, “A is for Angel who sang His praises”. 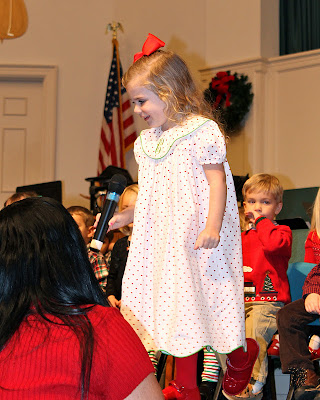 Her favorite song was “Away in the Manger”. 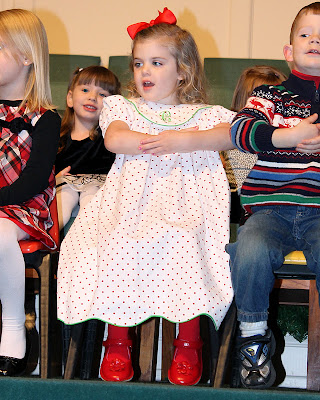 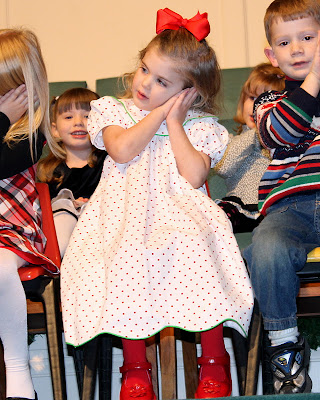 I was very proud of Isla’s debut! 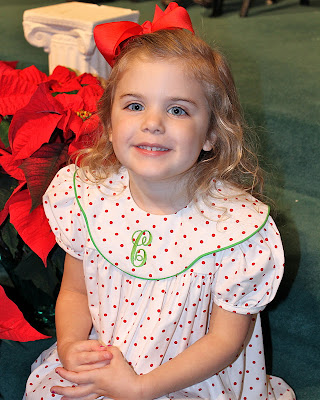 Nixon’s program was right after Isla’s. 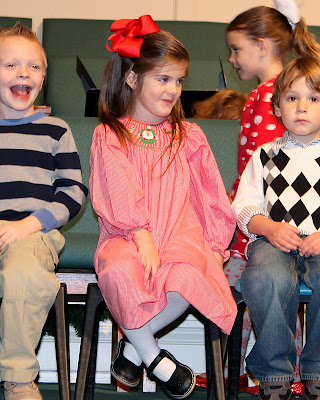 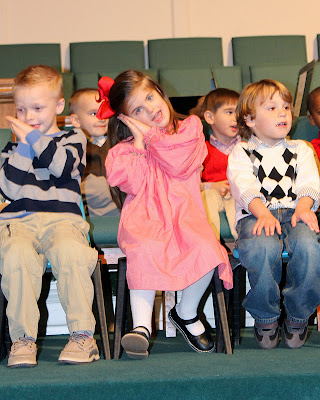 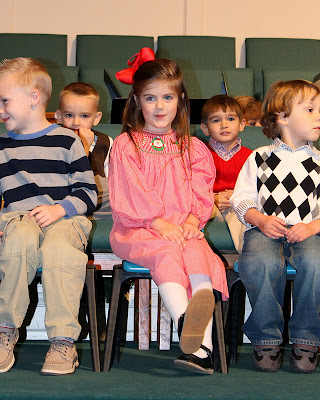 but she did perfect this year!
“B is for baby who lay in a manger” 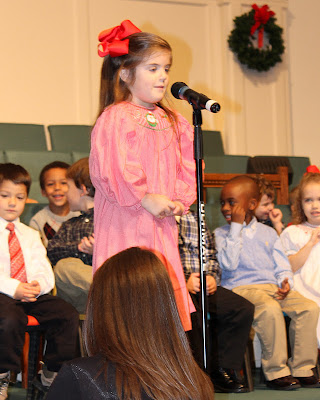 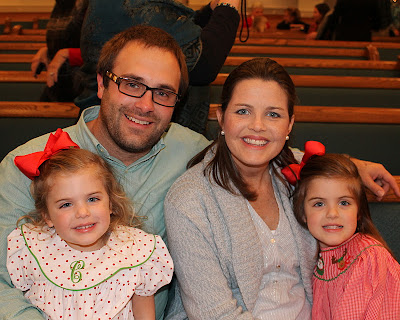 On Saturday Deidre, Jim, Reid and
Ellis came for the day  to meet Lottie! 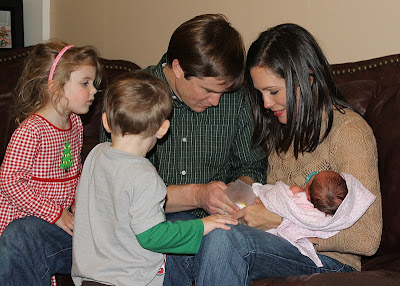 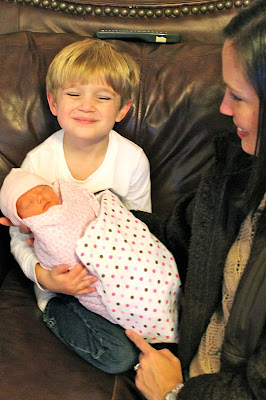 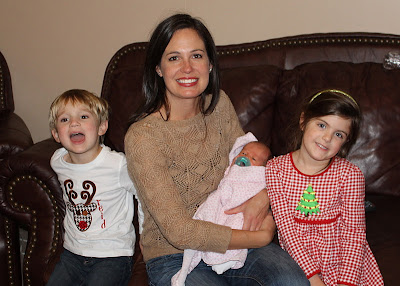 On Sunday morning Lottie went
to church for the 1st time!
(probably not the best picture but I think she’s still cute) 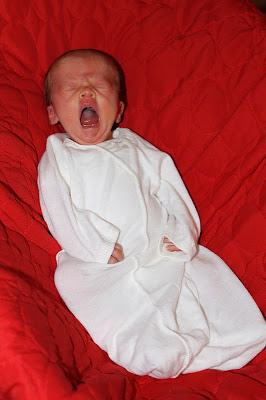 The girls sang during the service. 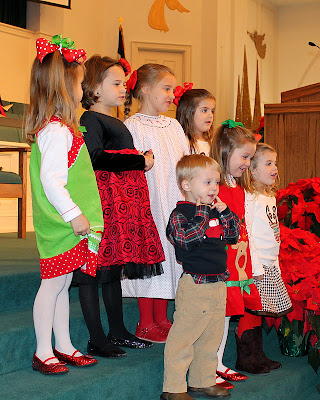 Below are a few pictures of the kids after
church in their cute shirts Gue made them!
(I made the skirts and pants) 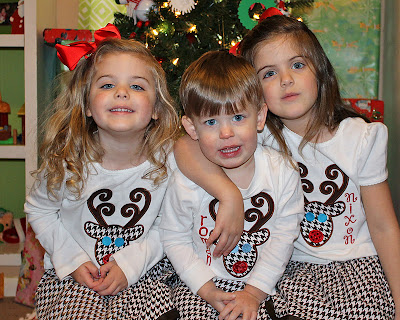 I told the girls to sit and I would
let them hold the baby.
Apparently Roman didn’t
realize he was no longer the baby! 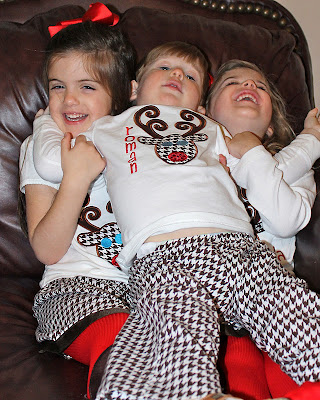 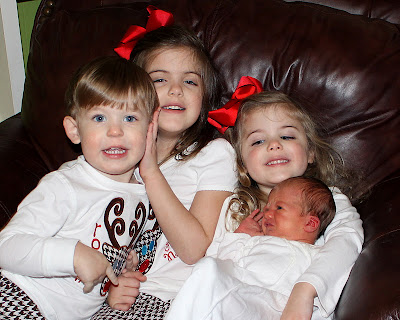 Lottie is grinning up at Isla! 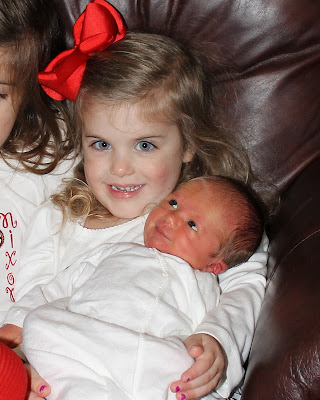 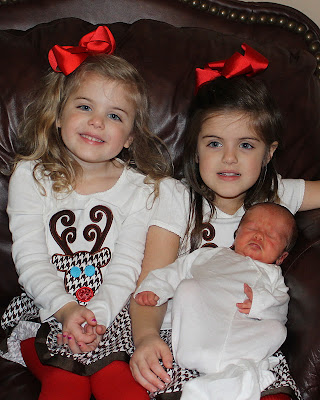 That afternoon Jared and I felt we
needed to take the three older kids and
do something fun since we had been
giving Lottie so much attention.
Nixon had been begging to go ride
on the horse and carriage at The Landings
so we thought that would be perfect.
When we arrived we realized it
was the Budweiser Clydesdale horses
and that there were no carriage rides! 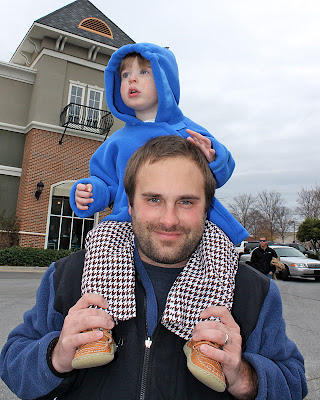 After waiting an hour and not even
getting to see the horses the
kids and I were disappointed.
(Jared was laughing hysterically all afternoon at the
fact I didn’t know that they would not let us
ride in the carriage with the Clydesdales.) 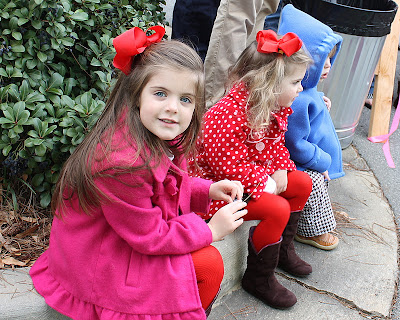 But the disappointment was nothing
a little sidewalk
chalk and hopscotch couldn’t fix! 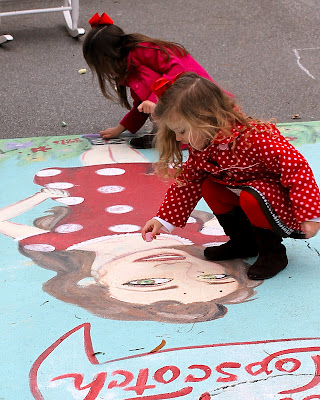 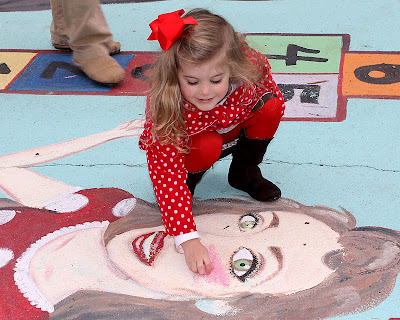 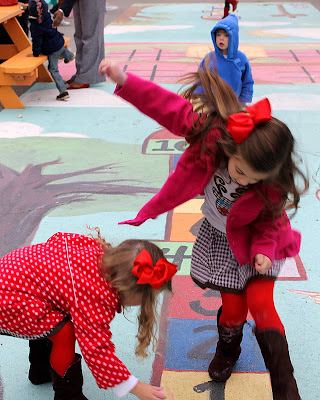 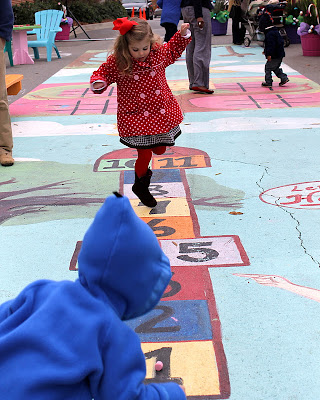 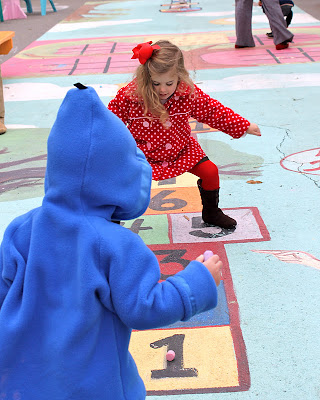 Even Jared played hopscotch with the kids! 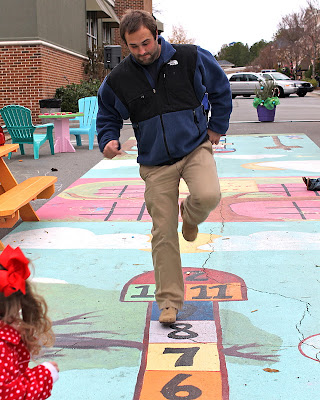 We ended up at Krispey Kreme to
make up for no horses. 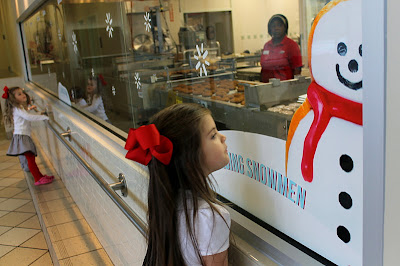 Personally, I’d chose a doughnut
over a carriage ride any day!